Propecia Known as Finasteride (Prescription) – Complete Review from Results & Side Effects; A Must Read Review!

Propecia Known as Finasteride (Prescription) – Complete Review from Results & Side Effects; A Must Read Review!

Apart from dietary supplements and natural approaches to addressing hair loss, prescription medications such as Propecia aka finasteride are also used. These are drugs not given over-the-counter rather are accompanied by a doctor’s prescription.

According to online sources, it treats pattern baldness aside its other health benefits.

One may want to know the hair loss condition under which we can use this drug, how it achieves results and the likely side effects.

These and others will be discussed in this comprehensive review about the drug Propecia known as finasteride. The fact that these pills of hair loss treatment formula is a prescription medication makes it really necessary to see a complete detail about it.

Minimum Price: Depends on How Much You Get

Money Back Guarantee: No Refund for Medications

Propecia (finasteride)  is known to be a medication used in the treatment of benign prostatic hyperplasia and pattern hair loss. It is effective for pattern hair loss (androgenetic alopecia) in only us men. It is made by Merck & Co pharmaceutical.

According to the manufacturer, Propecia slows down further hair loss and provides 30% improvement in hair loss in six (6) months of treatment. It is usually effective when the drug is used as directed.

Propecia being a prescription hair loss treatment medication, and nearly half a billion dollars of research behind it, these pills entered the drug market to high acclaim.

After its first year, approximately 400,000 men in the United States were filling prescriptions for Propecia and taking the drug on a daily basis.

The successful treatment of hair loss is greatly dependent on early intervention. It is critical to start treatment with an effective product as soon as one notices the onset of hair loss.

Yet, Propecia should be taken as prescribed by a doctor. It should not be taken in larger amounts, or longer than recommended, which price and cost ranges from how much medication the doctor prescribes you to buy.

Continue reading to get more information !

Propecia is known to contain an active principle called Finasteride. Finasteride was originally approved for hair loss in 1997.

Even though this drug is effective, it also has side effects!

There could be allergic reactions (hives, difficulty breathing, swelling of your face, lips, tongue, or throat).

There are sexual side effects as well and these should include increased risk for impotence, erectile dysfunction, decreased libido, and ejaculation disorder for the first year of treatment.

Also there could be increased risk of high grade prostate cancer & others. Big NO-NO in my opinion here! 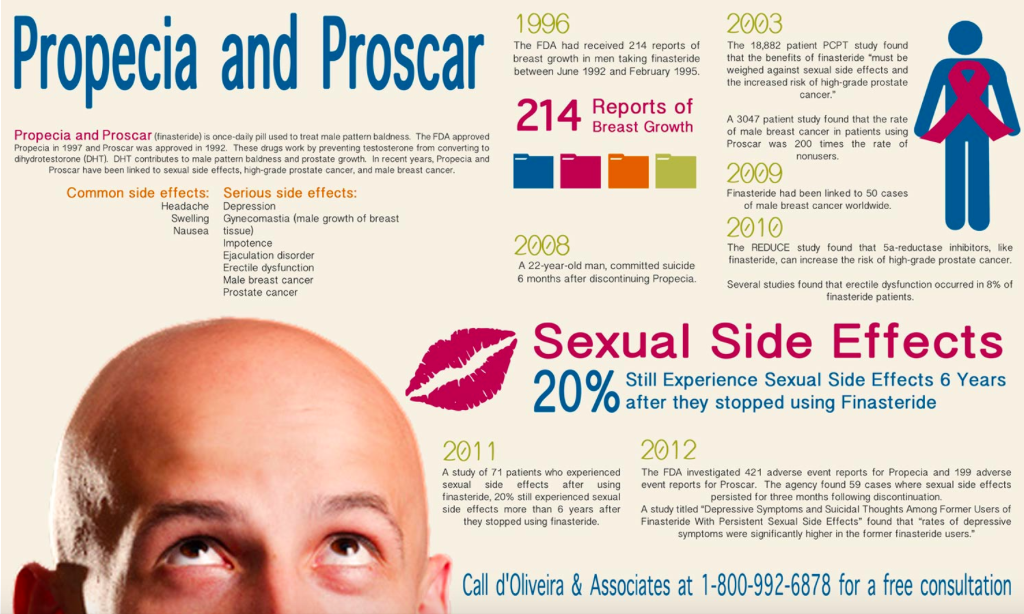 How Does Propecia Work?

In people who are genetically predisposed to male pattern baldness, Dihydrotestosterone binds to receptors in the hair follicles at the top of the scalp.

The action of DHT on these follicles makes them shrink and gradually lose the ability to grow thick and healthy hair. As a result, the person’s hairline thins and recedes.

Hair follicles on the back and side of the head are genetically resistant to DHT, which explains the common pattern seen in male baldness. Nearly 35 million men in the United States suffer from this type of hair loss.

Finasteride reduces androgen activity in the scalp to stop hair loss. So is it really for you? Keep reading!

Who Is Propecia For?

Propecia is specifically made to treat pattern baldness in men and the only way to get it is by prescription from a professional healthcare doctor.  It is should not be used by women (whether pregnant or not) due to the risk of birth defects in fetus.

Similarly, Propecia/finasteride is not to be used by children and by mothers who are expecting pregnancy.

Men who are using other medications (prescription, over-the-counter, vitamin, and herbal products) should relate to a doctor as well before using the drug.

So the big question, is it really worth using this effective prescription medication, even though knowing the side effects it can occur in us men? 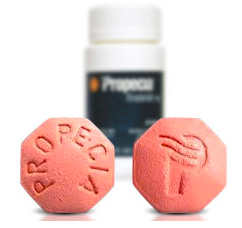 Propecia (finasteride) is a prescription medication used to treat hair loss in men. The manufacturer (Merck $ Co) are famous with other brands of products in the market.

A commendable support given by this company about Propecia is the expected side and/or adverse effects. The conditions in which we should be careful (see a doctor) before using it are also highlighted by the manufacturer.

Other medical uses of this drug were stated and we were as well enlightened on how it works.

Propecia as we have seen is prescribed for hair loss treatment in men. It is clinically approved for this benefit, but as we do know by now that it has some side effects, especially sexual dysfunction in us men.

This implies that it is unethical to resort to the use of this drug with the consent of a doctor.

Evidently, it is a known brand of which its profile was outlined. Though, it addresses hair loss in men, I am not in the position to determine who takes this drug and who should not.

The doctors will do that when it is confirmed necessary for a patient. But one thing I can tell you is to go directly to a professional healthcare medical doctor and do not BUY it online to not risk fake drugs. 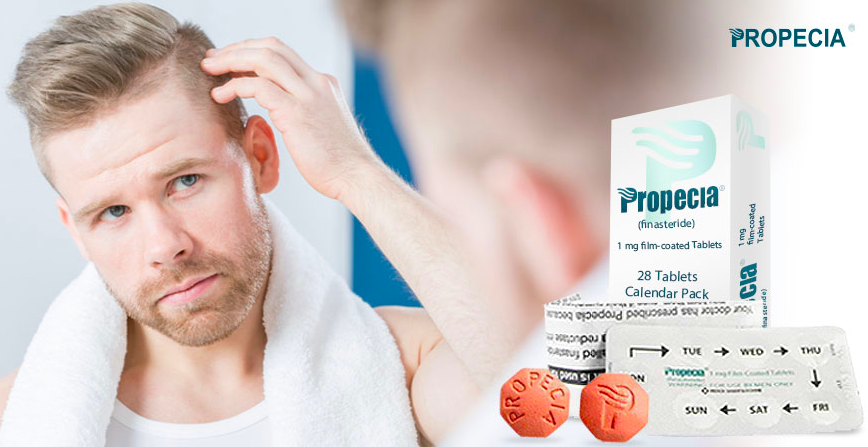 At this point, I will advise us not to take Propecia unless prescribed and directed by a doctor. But I personally would rather go for a natural hair loss and hair growth solution/treatment like the Profollica.

If you have not seen it yet, you are missing out because when you click here, I’m going to show real photos from previous users’ before and after results.

By the way, are you someone who have used the drug medication pills we just reviewed? If Yes or so, make sure to drop me your thoughts below! I want to hear them from you.

I'm Julio Deus, the founder and editor of HairLossRestorationReviews.com. Being a user of several hair loss treatment from formulas/programs out there, I thought it would be wise to share my experience and knowledge by honest and unbiased reviews on all hair loss products, especially the popular ones on the internet and elsewhere. So far, over 100+ hair products reviews done here ! ;) So feel completely free to drop me any concerns or questions you may have, write in the box below in each page's bottom section! It's my pleasure to hear you! Cheers, Julio - Hair Reviewer

4 commentsOn Propecia Known as Finasteride (Prescription) – Complete Review from Results & Side Effects; A Must Read Review! 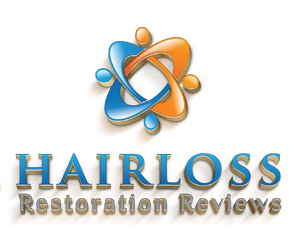 I'm Julio Deus, the founder and editor of HairLossRestorationReviews.com.

Being a user of several hair loss treatment from formulas/programs out there, I thought it would be wise to share my experience and knowledge by honest and unbiased reviews on all hair loss products, especially the popular ones on the internet and elsewhere. So far, over 100+ hair products reviews done here ! ;)

So feel completely free to drop me any concerns or questions you may have, write in the box below in each page's bottom section! It's my pleasure to hear you! 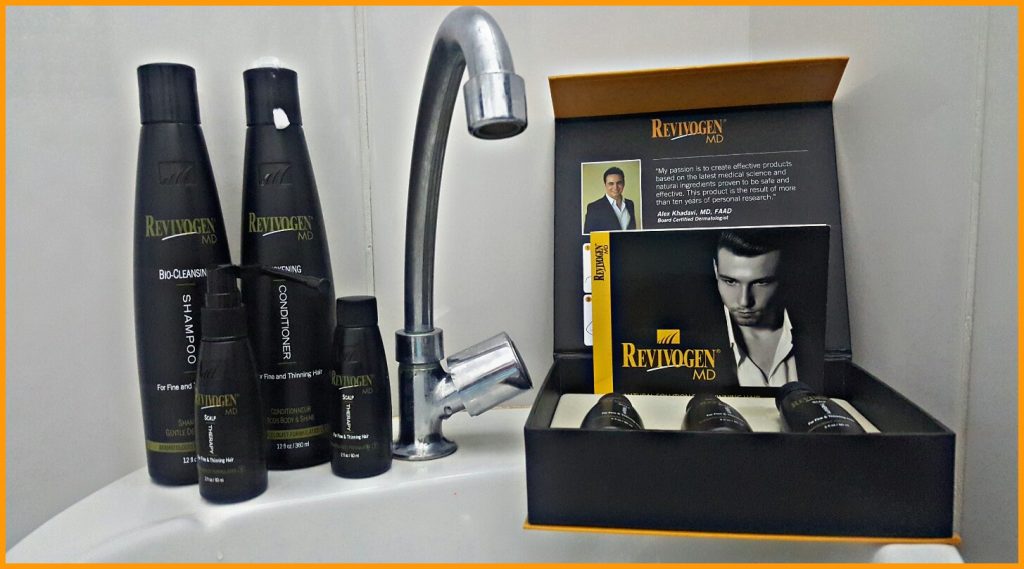 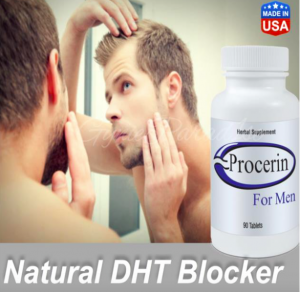 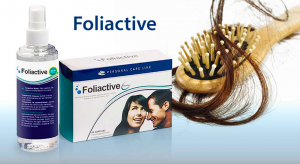